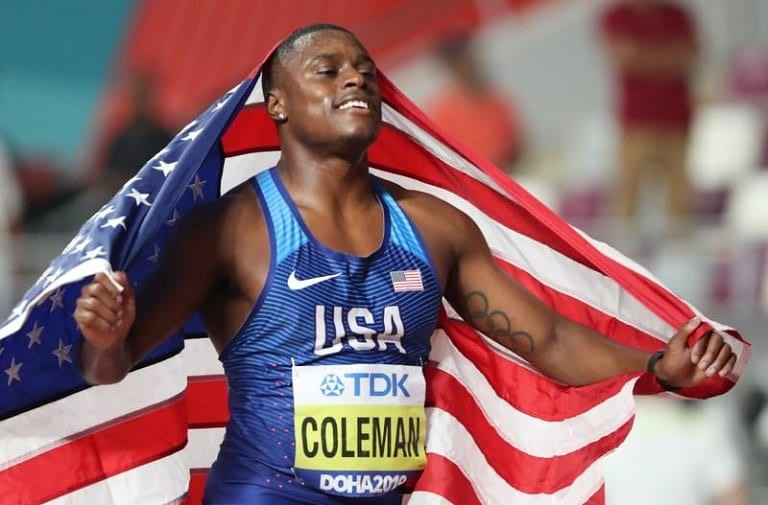 Reigning men’s 100m world champion, Christian Coleman was provisionally suspended from athletics on Wednesday after missing a third doping test, the Athletics Integrity Unit (AIU) said. In a tweet, the AIU said it had administered “a provisional suspension against Christian Coleman of the USA for whereabouts failures, a violation of the World Athletics Anti-Doping Rules.” On Tuesday, the American, 24, detailed his latest missed test in a lengthy post on Twitter. He admitted the December 9 test was his third infraction over a 12-month period, having missed previous tests on January 16, 2019, and April 26, 2019. Coleman wrote: ‘I want to make you all aware of a situation I’m currently dealing with. A few days ago, the AIU came to a decision that I’ve been appealing for six months that I missed a test on December 9, 2019. ‘And now this might result in me being suspended from other filing failures that occurred well over a year ago at this point. 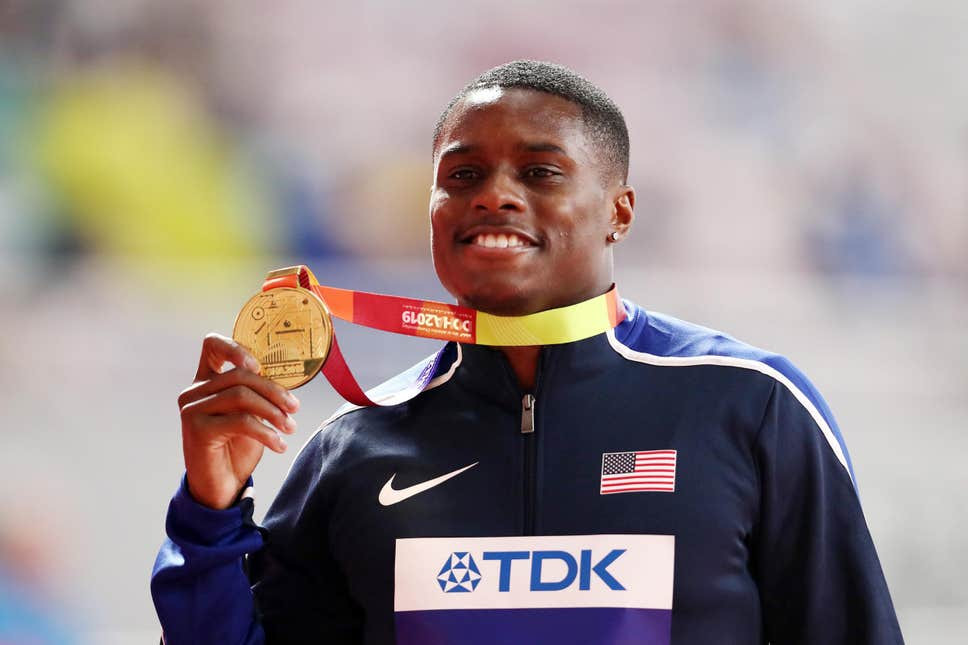 ‘Don’t tell me I “missed” a test if you sneak up on my door (parked outside the gate and walked through…there’s no record of anyone coming to my place) without my knowledge. Knocked while I was Christmas shopping 5 mins away at the mall (I have receipts and bank statements) and didn’t even bother to call me or attempt to reach me. I was more than ready and available for testing and if I had received a phone call I could have taken the test and carried on with my night.’  In what seems to be a claim that the authorities were acting against him, Coleman added: ‘I think the attempt on December 9 was a purposeful attempt to get me to miss a test.’ Coleman also posted the testing report from December 9, in which it details AIU testers visited his home in Lexington, Kentucky for an hour from 7.15pm and knocked every 10 minutes but received no answer.  He suggested that the testers may have gone to the wrong house, writing: ‘He put down the wrong address (on the testing report) so who knows if he even came to my spot.’ He continued: ‘I’ve been contacted by phone literally every other time I’ve been tested. Literally. (I don’t know) why this time was different. He even said he couldn’t hear the doorbell so why wouldn’t you call me?’ The US sprinter who won 100m gold at the World Championships in Doha in 2019, could now miss the Tokyo Olympics in 2021. The post World 100m champion, Christian Coleman suspended for missing three drugs tests in a year appeared first on Linda Ikeji Blog.