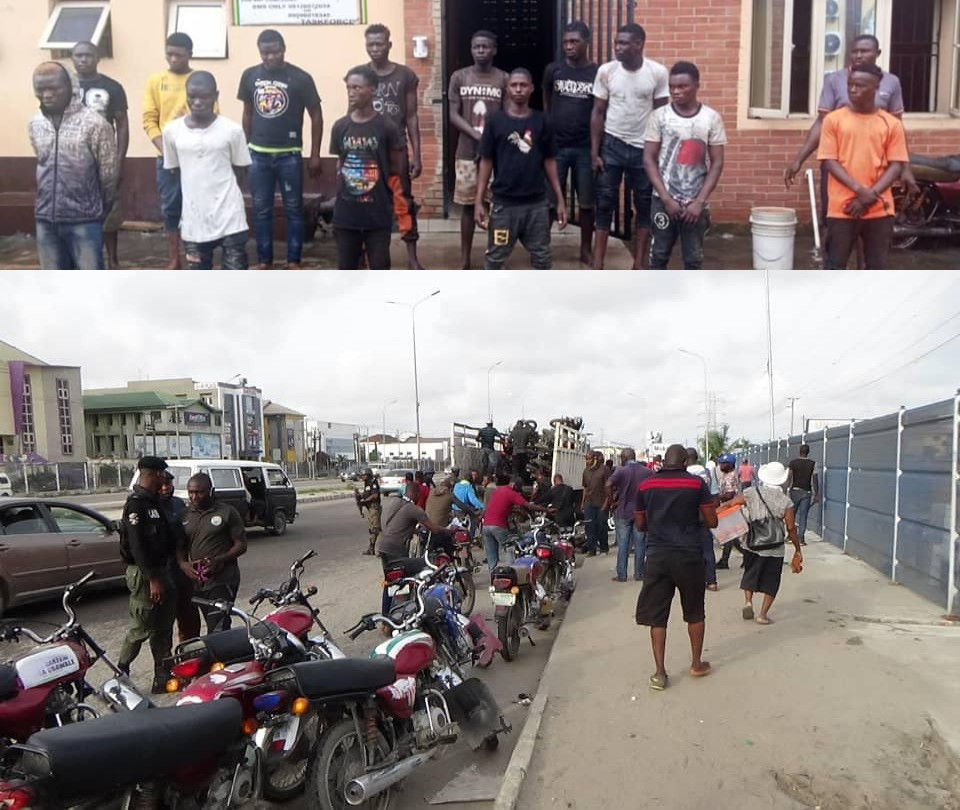 Operatives of the Lagos State Environmental and Special Offenses (Enforcement) Unit, also known as Taskforce, have arrested 21 notorious miscreants and suspected cultists during a raid on criminal hideouts in Lagos. The Chairman of the Lagos State Task Force, CSP Olayinka Egbeyemi, who led the enforcement team on the raid, disclosed that the suspects were arrested during the raid on criminal hideouts at Ogudu and Ajah as directed by the Lagos State Commissioner of Police, CP Hakeem Odumosu. According to him,“During the enforcement exercise, a large number of miscreants and cultists launched a serious attack on the officers with broken bottles, stones, axes and other dangerous weapons from different spots, including uncompleted buildings”. He said, despite this, the operatives succeeded in flushing them out from their hideouts but some of them were able to escape arrest. Egbeyemi maintained that residents in Ogudu and Ajah have lodged numerous complaints about the daily attacks on innocent members of the public by these miscreants and cult gangs, especially in the early hours of the day and late at night. “Let me sound a note of warning to owners of structures harbouring criminal elements to immediately flush them out as the government would not hesitate to demolish any building occupied by miscreants and cultists across the State”, he asserted.He, however, said that the Lagos State Commissioner of Police CP Hakeem Odumosu has instructed that all the 21 arrested persons be prosecuted. Meanwhile, in line with the directives of the Lagos State Government on physical distancing, use of nose masks and ban on activities of commercial motorcyclists across the State as part of efforts to curb the spread of Coronavirus pandemic, the Agency has impounded 78 commercial motorcycles for engaging in illegal activities around Onipanu, Adekunle and Igbo-Efon by Jakande area of Lekki. The Chairman, who confirmed the development, said the government is doing everything possible to flatten the curve of the Coronavirus pandemic in the State, imploring the citizens to strictly adhere to all the safety precautions issued such as maintaining physical distancing and usage of nose masks.The post 21 miscreants and suspected cultists arrested in Lagos (photos) appeared first on Linda Ikeji Blog.