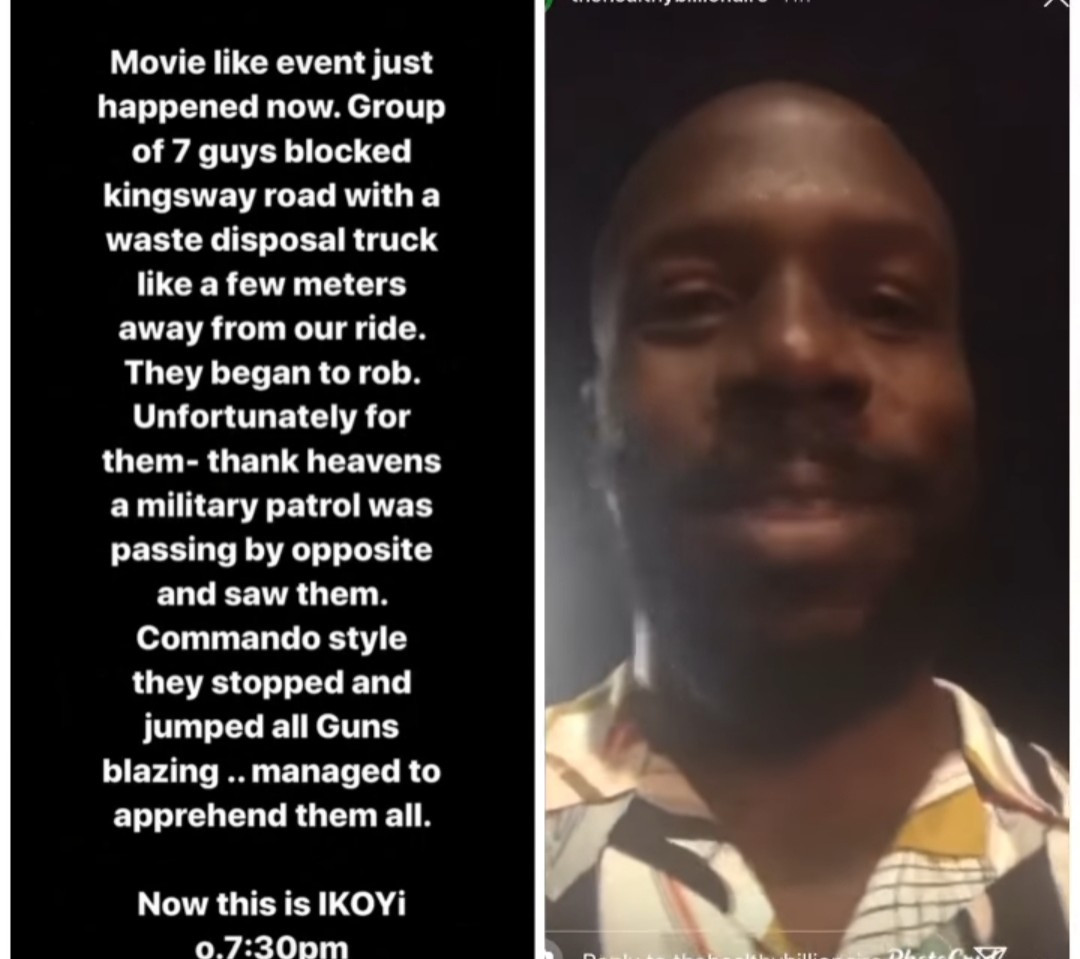 The Lagos State Police Command has debunked claims of a robbery attack along Kingsway road in Ikoyi. On Wednesday, June 17, a video was shared online, claiming 7 men blocked Kingsway road with a water disposal truck and began robbing commuters. However, the police has said the report is completely false and explained what actually happened. A statement signed by the Command’s Police Public Relations Officer, DSP Bala Elkana, reads:”Attention of Lagos State Police Command is drawn to a viral video and reports on social media claiming that there was a robbery incident in Ikoyi on 17/6/2020 and six armed robbers were arrested.”The report is completely false, mischievous and misleading.”What actually happened is that, some LAWMA officials used their truck to block another vehicle that they earlier had misunderstanding with its driver thereby causing a traffic gridlock.”As they were arguing, a military patrol team, passing by and caught in the artificial gridlock went to find out the cause of the traffic, arrested all those involved in causing the obstructions and handed them over to the Police.”No robbery incident  took place nor arms/ammunition recovered from anybody as speculated. “The six suspects arrested are traffic offenders not armed robbers. “Members of the public are advised to disregard this and go about their lawful businesses. “The Command reassures all law abiding people of Lagos state of its continued preparedness to protect their lives and properties.”The post Social media reports of robbery incident and arrest of six armed robbery suspects in Ikoyi are not true – Lagos State Police says appeared first on Linda Ikeji Blog.