Lagos police command release official statement on the murder-suicide incident that happened in Lekki. See photo of the knives used in the murder 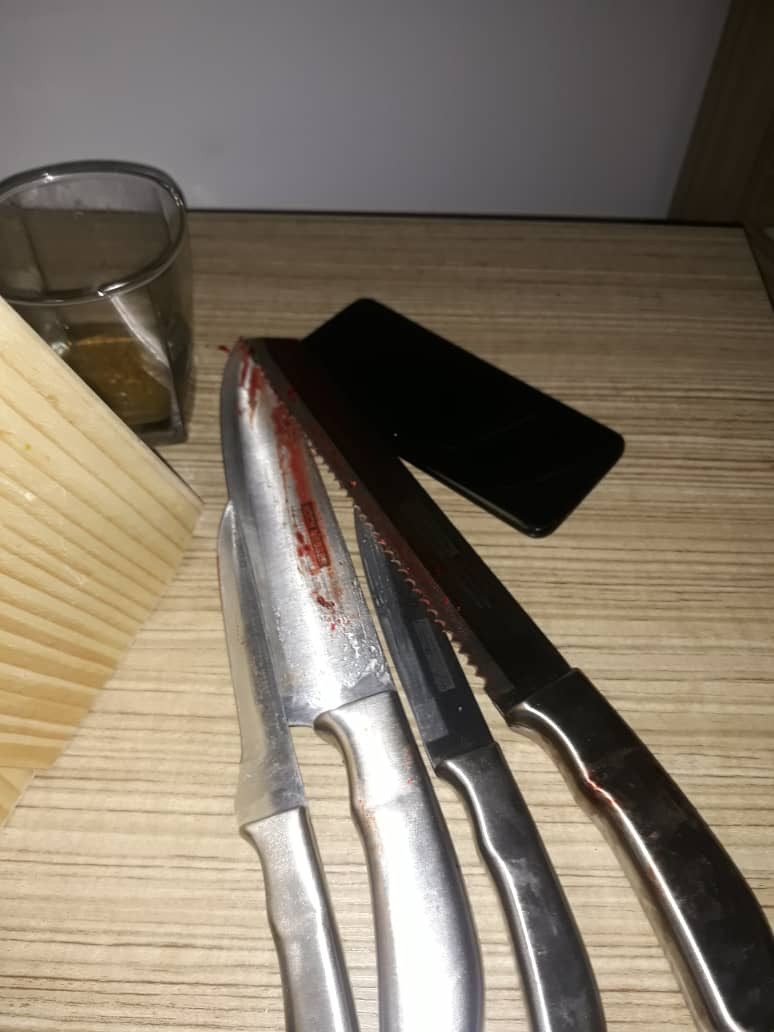 The Lagos state police command has released an official statement on the murder-suicide incident that happened in the state on Sunday, June 21. LIB had earlier shared the sad story. Read here.  Spokesperson of the state police command, Bala Elkana, in the statement released, said the state Commissioner of Police, Hakeem Odumosu, has ordered a thorough investigation into the matter. Read the press statement below On 21/06/2020 at about 1600hrs, Ilasan Police Station received an information that, a couple identified as, Olamide Alli ‘f’ 25 years old and Chris Ndukwe ‘m’ 39 years old were found dead in the man’s residence at road 5, House 16a, Victory Point Estate, Ilasan. A team of homicide detectives was deployed to the scene and the crime scene was preserved for forensic analysis. The woman was found laying in the pool of her blood with deep cuts on her head. The man’s mouth was foaming with whitish substance. It is alleged that the man stabbed the woman to death with kitchen knife and thereafter drank some poisonous substances suspected to be snipper insecticides. Two blood stained kitchen knives, two empty bottles of the poisonous substances, three empty cans of red bull energy drink and a plier were recovered from the scene. The two corpses were removed and deposited in a public mortuary for autopsy. Information gathered from some family members revealed that the couples were in relationship for over seven years, though not married, have two boys, ages 7 and 3. The relationship is described as complicated, as the couples were on and off over the years. While the man lives in Victory Point Estate Ilasan, the woman lives in Ogba. The woman is said to have visited the man alongside her 22 years old sister, a night before the incident, on his invitation. Her sister was the first to have noticed that the couples were dead and raised alarm. In her statement, she was woken up by a loud music from the room where the corpses were found, as herself and the kids slept in a different room. It is not yet clear what might her triggered the murder. The Commissioner of Police Lagos State, CP  Hakeem Odumosu psc has ordered a thorough investigation into the case. Investigation is ongoing.”the statement readThe post Lagos police command release official statement on the murder-suicide incident that happened in Lekki. See photo of the knives used in the murder appeared first on Linda Ikeji Blog.