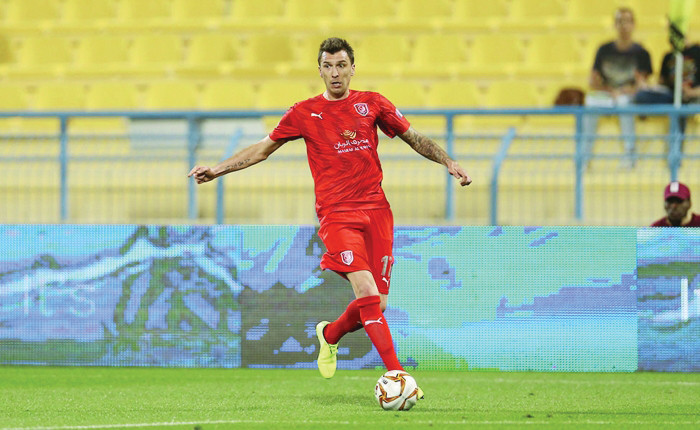 Former Juventus striker, Mario Mandzukic has terminated his contract at Al-Duhail after just six months after arriving at the club. The 34-year-old Croatian football star only moved to Qatar in December 2019 after falling out of favour at Juventus, where he  scored 44 goals in 164 appearances, winning four Serie A titles and the Coppa Italia on three occasions. Mandzukic has now confirmed that he is now a free agent after he terminated his contract in the Middle East by mutual consent.  “I reached an agreement with Al-Duhail Sports Club management to terminate my contract by mutual consent. I appreciate the trust and hospitality that I have received in Qatar and I wish the best to the club and the team in the future,” the Croatian announced on social media. Before his move to Juventus, the veteran forward played for Marsonia, NK Zagreb, Dinamo Zagreb, VfL Wolfsburg, Bayern Munich, and Atletico Madrid.  He won the Champions League with Bayern Munich in 2012-13 and represented Croatia on 89 occasions, scoring 33 times including in the 2018 World Cup semi-finals against England  Mario Mandzukic retired from international football after the World Cup in 2018. The post Former Juventus striker, Mario Mandzukic terminates his contract at Qatari club Al-Duhail just six months after arriving in the Middle East appeared first on Linda Ikeji Blog.