3-year-old girl starves to death after her mother, 24, left her alone for eight days so she could visit her boyfriend 600 miles away 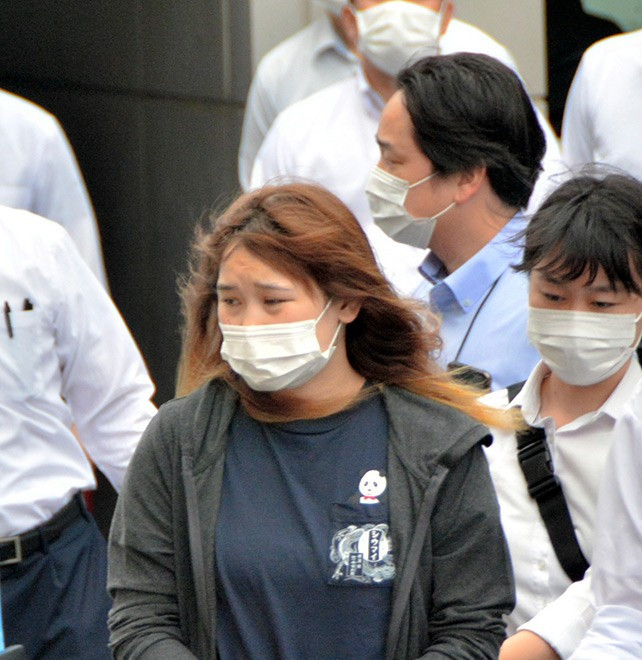 A three-year-old Japanese girl starved to death after her mother left her alone for eight days and went to visit her boyfriend 600 miles away. The mother, Saki Kakehashi, 24, from Tokyo, admitted that she left her daughter Noa all by herself so she could go visit her lover in Kagoshima Prefecture on Kyushu island, an almost two-hour flight away from Tokyo. But did not expect her child to die of severe dehydration and hunger. The divorcée said she thought ‘it would be alright’ to leave the child alone in their apartment in the city’s Ota Ward, The Japan Times reported.  Takahashi was arrested on Tuesday, July 7, almost a month after she had arrived home on June 13 to find her daughter unresponsive in the apartment.  She then called the emergency services to tell them Noa was not breathing. When the officials got to the scene, they found the girl wearing a nappy which had not been changed for days with rashes on her bottom. An autopsy found that the toddler had thymic atrophy, a typical symptom of abused children, and her stomach was empty, a source told the Times. Kakehashi is said to have claimed at first that her daughter had been ill for several days and didn’t have the funds to take her to hospital, before admitting to the allegations against her. The post 3-year-old girl starves to death after her mother, 24, left her alone for eight days so she could visit her boyfriend 600 miles away appeared first on Linda Ikeji Blog.